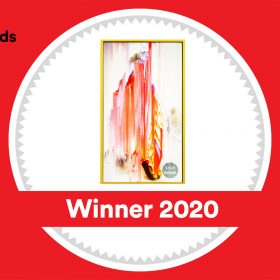 MET Studio’s work with Sightsavers last year with the interactive photographic exhibition ‘BLINK’, hosted at Oxo Gallery, was to support #TheEndIsInSight campaign which aims to eradicate Trachoma by 2025. The experience digitally tracked visitors’ blinks within the space to gradually and very permanently destroy a series of contemporary photographs during the week-long exhibition. MET Studio were awarded Best Experiential Design 2020 and were highly commended in ‘Design for Good’ category for the campaign.

The Drum is Europe’s largest media and marketing website and the fastest growing in the US and APAC.  Each month The Drum attracts over 1.4 million unique users and has over 200,000 social followers. 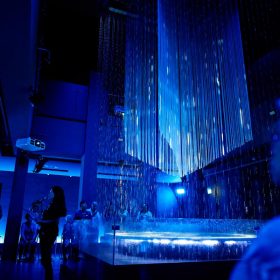 Experiential designers MET Studio have worked with the Singapore Bicentennial Office to create “an immersive experience charting the area’s occupation through to modern day Singapore.”

The experience comprises a 45-minute tour of Singapore’s evolution set within an original colonial building. A combination of digital and physical techniques are used, with the tour curated as a series of zones or acts.

Act one sees a “virtual storm” projected onto water within the atrium space of the building. Sounds of gushing water, a strobe to give the appearance of reversing the raindrops and 3D projected images are used to enhance the scene.

In Act two, theatrical gauze is backlit by LED screens to create a sense of immersion and depth and 3D sounds are played within the space to tell the story of how indigenous people and foreign invaders have come and gone over time.

The third Act uses point-of-view and panoramic footage in a 360-degree viewing room with revolving floors. It takes audience members through the story of Singapore’s changing laws and treaties, the arrival of settlers, the industrial revolution and the Japanese invasion.

The penultimate Act begins with visitors enclosed in a pitch-black space that is then illuminated with a single shaft of light while a survivor of the Japanese occupation tells their story. Sights and sounds of the war are told through cracks in the walls and a sense of claustrophobia is created “as the space narrows, darkens and the experience shifts to mainly lighting and audio effect.”

Finally, Act five is set in a room in which there are digital screens behind mirrors, reflecting the crowd of visitors back at themselves and focuses on the post-war rebuilding of Singapore and the death of its leader. Physical rain falls during his funeral, as it is said to have done at the time.

MET Studio has previously worked on Jakarta’s Museum MACAN in Nusantara, the Museo de Ciencias Ambientales in Guadalajara and a Manchester United visitor attraction at the Venetian Macao-Resort-hotel in Macau. The firm is also currently working with Foster+Partners on the Mobility Pavilion for Expo 2020.

The Singapore Bicentennial experience is already open and runs until January 2020.