Telling the story of the RAF’s 100-year history for a new generation of visitors.

The brief from the RAF Museum was to tell the RAF’s 100-year history through a human and personal perspective while showcasing their unique collection of diverse objects from cutlery to aircraft. As a result, aircraft are displayed alongside relevant historic and contemporary objects, details of innovative technologies, global alliances and partnerships with industry. Personal stories about the extraordinary people of and connected to the RAF are highlighted throughout. Interactive experiences complement the exhibits to take every visitor on a journey of discovery.

The Royal Air Force’s story is woven into the history of the United Kingdom, from its formation during the First World War to the role it performs today as the nation’s first line of defence. It’s mission, unchanged over 100 years, is to defend the UK, to attack if required, to provide reconnaissance and intelligence, to support in times of humanitarian crisis and to move people and equipment across the world quickly.

Touching and emotive tales of heroism are captured, such as that of Noor Inayat Khan, a Sufi Muslim teacher raised in both London and Paris. After the German invasion of France, Noor escaped to London to join the Women’s Auxiliary Air Force and in 1942 was recruited as a secret agent, becoming the first woman radio operator dropped behind enemy lines where she operated assisting the Parisian Resistance. Noor Inayat Khan was captured, tortured and eventually executed without once revealing information to the enemy.

Peter Karn, Creative Director at MET Studio said: “From the beginning we understood the Museum’s brief that the story of the RAF should not be just about the aircraft, missiles and missions. We worked with the Museum team to ensure this experience is far more powerful – connecting emotionally with visitors by bringing the human stories of those involved with the RAF over the past 100 years to life.”

Karen Whitting, Director of Content and Programmes, RAF Museum: “The transformation of the RAF Museum at London has been focused on bringing diverse personal RAF stories to life alongside our unique collection – making our new exhibitions relevant to all our visitors. Central to this vision is Access for All – which we defined as including physical, intellectual, aesthetic, social and emotional access. By offering hands-on and immersive opportunities as well ‘wow’ moments, we can delight and inform all visitors through innovative storytelling.” Karen went on to say: “We have worked closely with MET Studio to ensure our RAF Stories exhibition engages all of the senses in an absorbing and emotive way”. 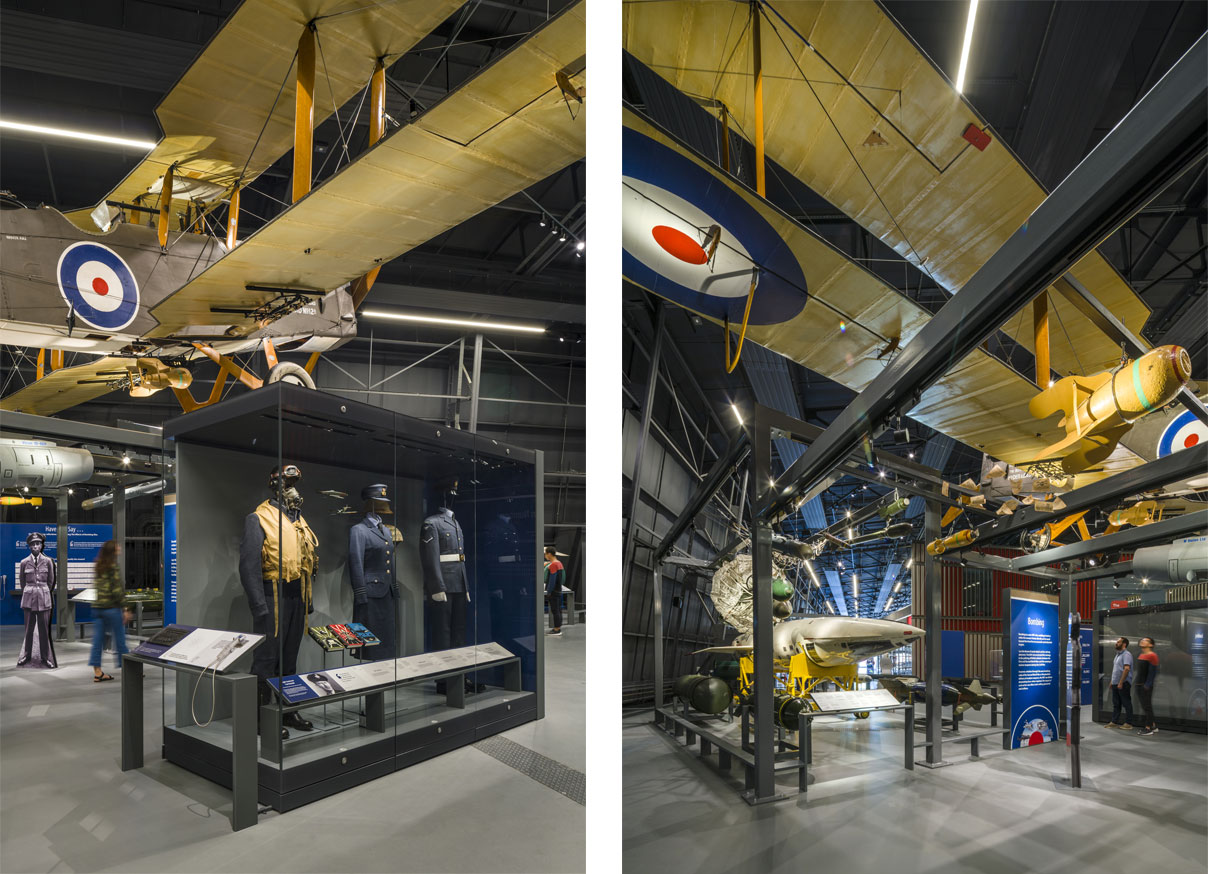